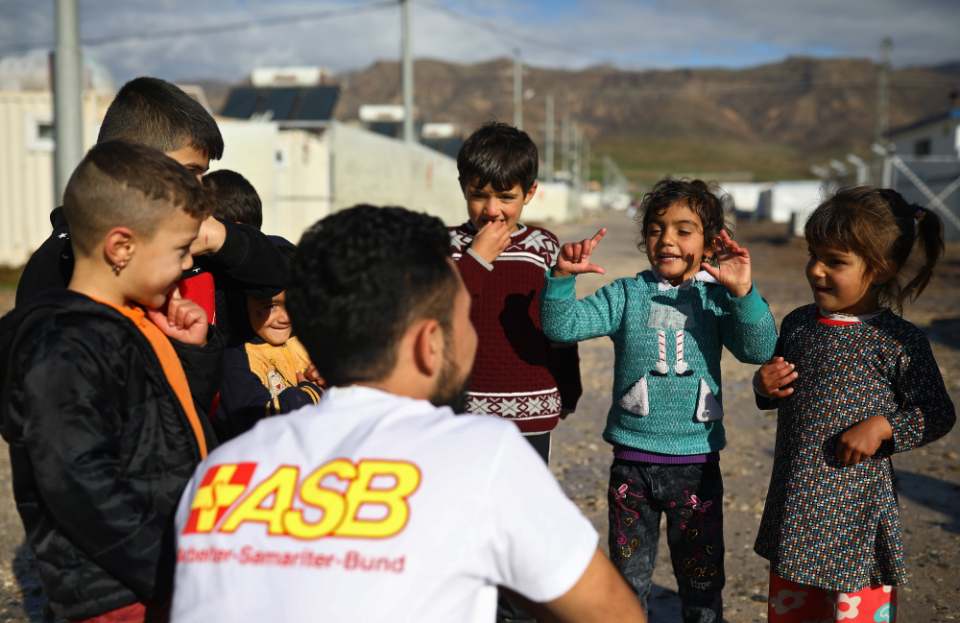 ASB has been intermittently active in Northern Iraq since 1991 and has implemented large-scale projects for refugees and the civilian population. In the years up to 1999, ASB also ran the German liaison office for northern Iraq on behalf of the German Foreign Ministry. In 2012, ASB was active in the refugee camp Domiz supporting with basic medical care for Syrian refugees. The cooperation with the Directorate of Health (DoH) and the regional government has worked so well over the years that the DoH as well as the Kurdish Regional Government (KRI) asked ASB for help with the current refugee crisis. ASB had therefore a consistent presence with an office in Duhok, Northern Iraq, supporting refugees and internally displaced persons (IDP’s), since summer 2014.

ASB expanded its presence to all governorates of Iraq, in 2017, opening one office in Baghdad and one in Anbar. ASB thus increased the portfolio of its programs to effectively satisfy the immediate needs of thousands of beneficiaries while responding to the developmental plan of the country. The projects which were recently implemented by ASB in Iraq in the sectors health, WASH, protection and livelihood for IDPs, refugees and host communities, are valued at € 13 million.

ASB’s donor-funded projects in Iraq up to date include the following: